What to know before you install

If your system does not meet the requirements to run Docker for Windows, you can install Docker Toolbox, which uses Oracle Virtual Box instead of Hyper-V.

Docker does not start automatically after installation. To start it, search for Docker, select Docker for Windows in the search results, and click it (or hit Enter). 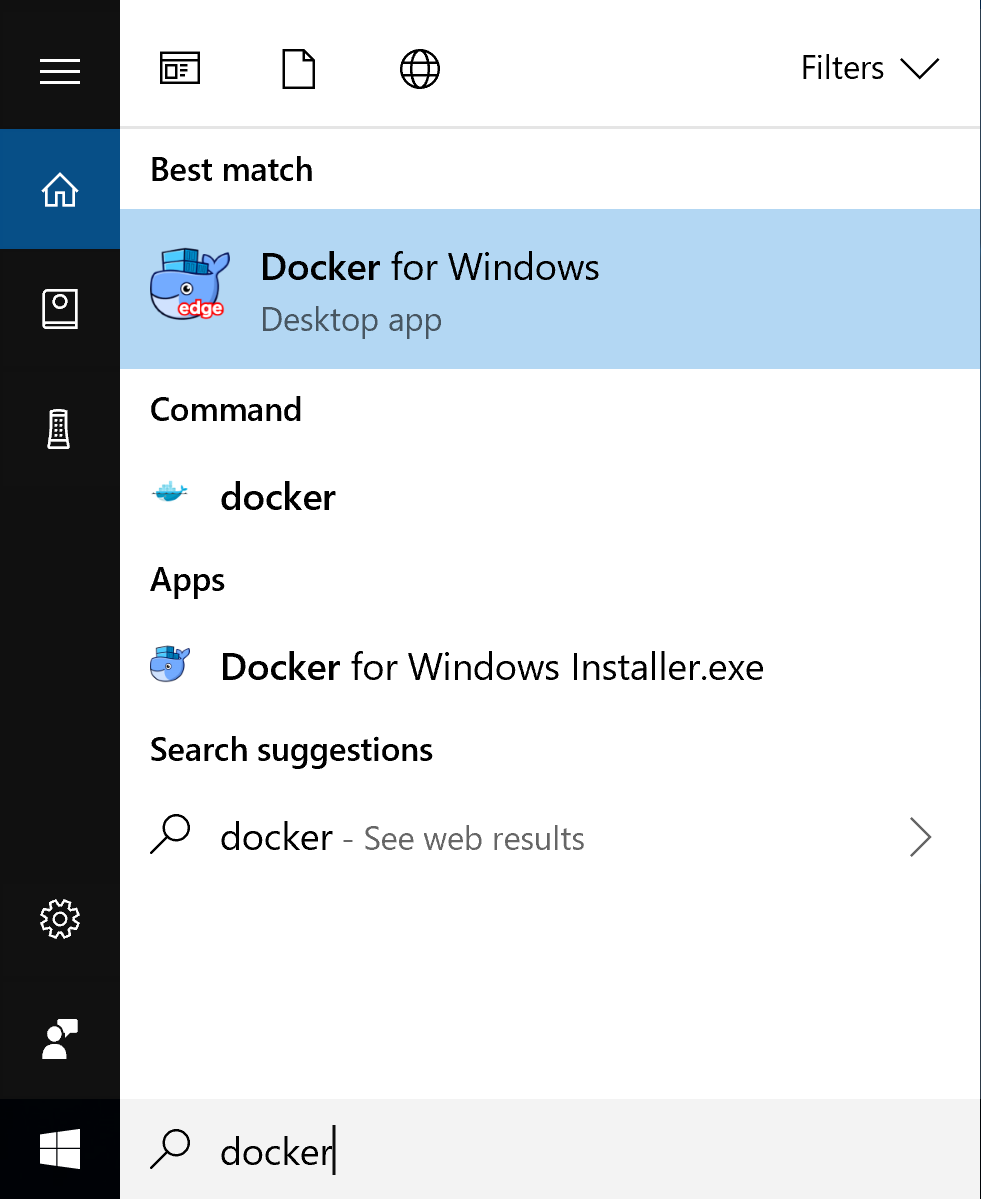 When the whale in the status bar stays steady, Docker is up-and-running, and accessible from any terminal window.

If the whale is hidden in the Notifications area, click the up arrow on the taskbar to show it. To learn more, see Docker Settings.

If you just installed the app, you also get a popup success message with suggested next steps, and a link to this documentation. 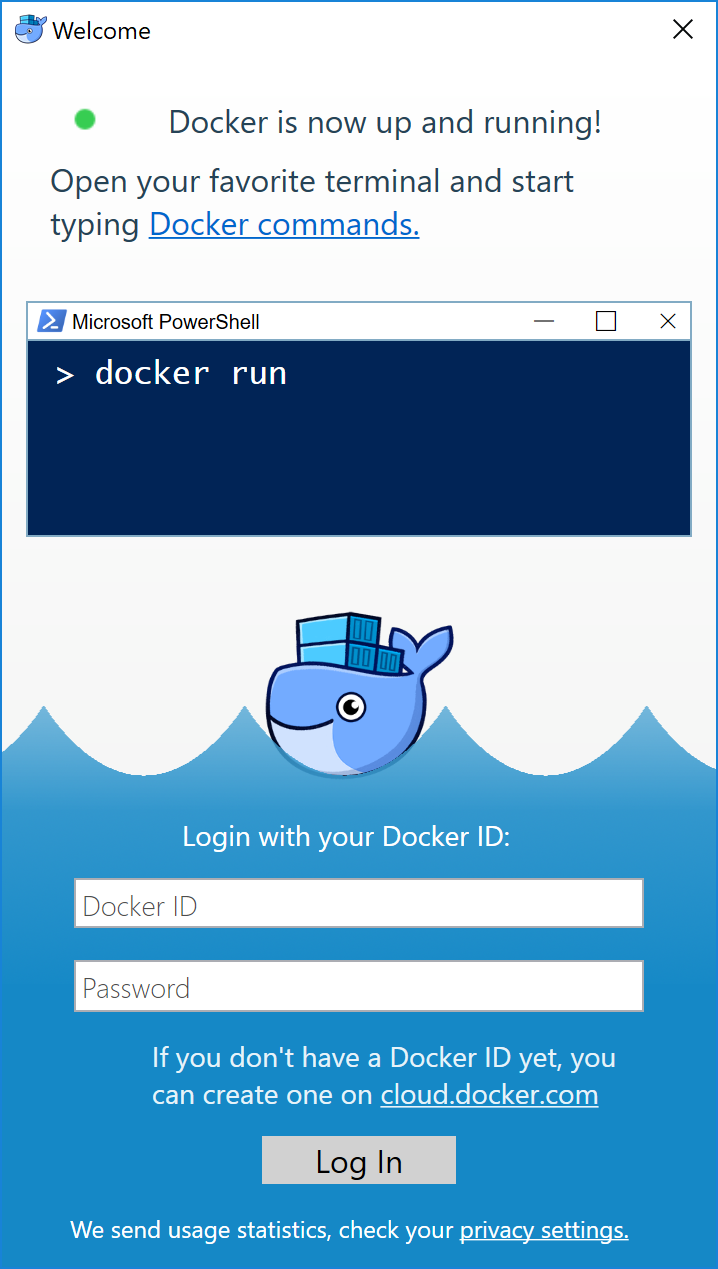 When initialization is complete, select About Docker from the notification area icon to verify that you have the latest version.

Congratulations! You are up and running with Docker for Windows.

Was this article helpful?